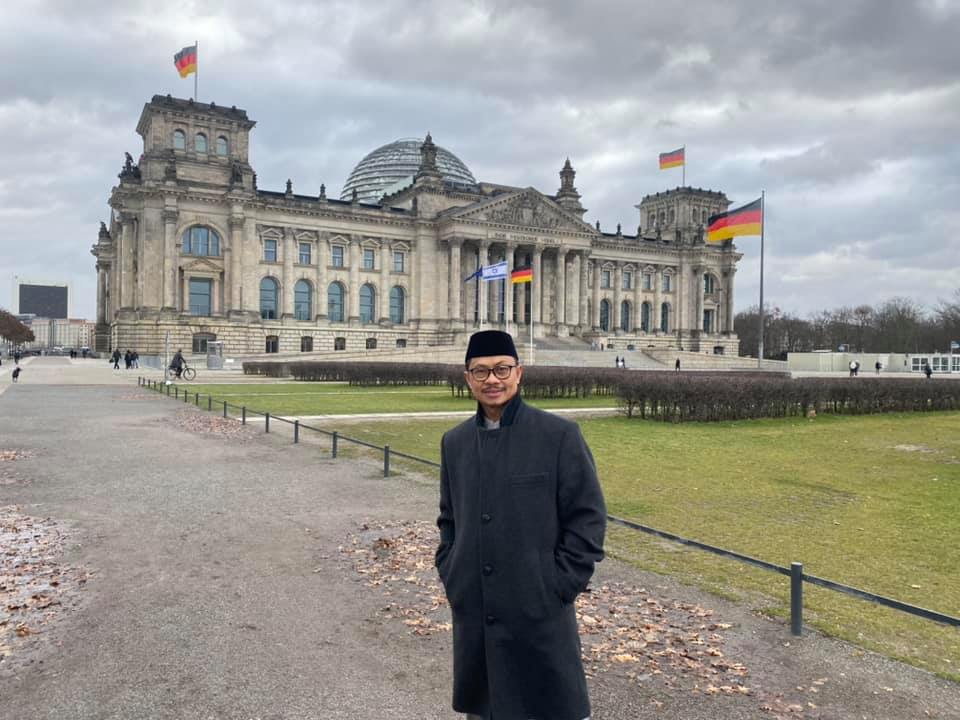 GURINDAM.ID- As the Muslims worldwide are entering into the new year, Islamic year or mostly popularly called the Hijriyah year, they are reminded of many Islamic historical events.

Among all events, the most important one is the Hijrah of Rasul or the migration of the Peophet Muhammad (solla Allahu ‘alaih) from Makkah, his birth place, to Al-Madinah, his place of death.

Therefore, the change of year in Islam is not a mere time change. It is a time to remember and reflect upon the history connected to it.

And as I have mentioned repeatedly in the past, history in Islam is not only a matter of events to memorize, but more importantly it is about lessons to learn (‘ibrah).

There is no doubt that the Hijrah of Rasul (migration) has important meanings in Islam. Hijrah symbolizes “harakah” (movement) which is essential for our life.

No life is without movement. Everything in life is about movement (harakah). In the expression of the Quran: “wa kullun fii falakin yasbahuun” (each is traveling in an orbit of their own).

Hijrah also symbolizes “self change”(taghyiir) that has become an essential foundation for our collective development. Allah the Almighty underlines that in a verse: “verily Allah will not change the situation of any nation until that nation change themselves”.

Therefore the most important meaning of Hijrah as self change is for a “communal development” of this Ummah. In other words, for this Ummah to raise up and and develop, change is necessary.

Taking a look at the journey of the development of this Ummah, we can see several stages:

First was the beginning of “Risalah” (Islamic message) with the appointment of Muhammad Ibnu Abdullah as the final prophet and messenger of Allah. This began with the revelation of the Qur’an “Iqra’”.

Second was the individual development of the Ummah. Amazingly this began with extraordinary challenges, such as the boycott of Makkans against the immediate family of the Prophet. This resulted in the death of his beloved wife Khadijah and his beloved uncle Abu Talib. The individual development was directly symbolized by the “Isra Mi’raj” of Rasulullah and the gift of daily prayers.

Third was collective development of the Ummah. This began with the Hijrah of Rasul from Makkah to Madinah. As we mentioned before, The Prophet’s migration to Madinah was not only because of the resistance and the challenges he faced from the people in Makkah.

His Hijrah was in fact a part of his journey to develop a community or nation (Ummah). And Madinah (formerly known as Yathrib) was the best choice to start that societal life of this Ummah.

Upon his arrival in Madinah, the prophet began to execute his plan to develop a vibrant and strong community (society). There are five steps that Rasulullah undertook to actualize his plan.

One, the establishment of a masjid (mosque). Upon his arrival in the city the prophet started his mission by establishing masjid Kuba.

Masjid is known as a place to worship. It literally means “a place to prostrate (sujud) by putting ones forehead on the ground.” In fact, sujud (prostration) means “obedience” (al-ito’ah). As Allah says: “wa lillahi wasjudu maa fis-samaawati wal-ardh” (and to Allah alone prostrate all in the heavens and in the earth).

So the establishment of the mosque by Rasulullah symbolizes that a community (nation/society) can only develop and be strong by making “Obedience to Allah” (ito’atullah) the center of their life.

Therefore, the word masjid in this context is more appropriately to be translated as “center of all obedience” to Allah. From the masjid all corners of life emanated.

Two, the Prophet established a strong bound of brotherhood between those who migrated from Makkah (muhajiruun) and the those were native people of Madinah (ansor).

More importantly Rasulullah realized that for this community (Ummah) to rise, thrive and be strong , ukhuwah must be a strong pillar for it. Nothing can be achieved as a community (Ummah) without unity and brotherhood.

Third, was the creation of the Madinah Charter, the first ever civic constitution in the history of humanity.

Baca Juga  Under the shade of the Qur’an: 9 paths to communal empowerment

He (prophet) then initiated the creation of a constitution that bound all inhabitants of the city. This Constitution is known in history as the “Madinah Charter” was the first civic constitution ever created in the history of mankind. (As a point of reference and comparison, that was in the year 622 CE. The British Magna Carta wasn’t signed until 1215 CE, 593 years later.)

What is even more amazing was that in the process of its creation, Rasulullah involved all segments of the population. He gathered representatives of all diverse communities, including Jews, Christians, and even the pagans among the Arabs at the time.

This itself says it loud and clear that tolerance and democracy have been integral parts of this nation under Rasulullah (pbuh) from the very beginning.

Fourth, we have the establishment of economic empowerment.

Around the second year after the Hijrah the verse of Zakat was revealed. Rasulullah understood the verse beyond conventional understanding. He understood that the obligation of zakah is not only giving out 2.5 of our possessions after basic necessary spendings. However, more than that, it is also an obligation to empower our Ummah economically.

Therefore as a part of his economic empowerment of the Ummah, the Prophet gathered the wealthy companions (sahabah) such Utsman bin Affan, Abdurrahman bin Auf, and others to unite and buy the wells and the market which happened to be owned by another community at the time.

This is a strong lesson and reminder that this Ummah or community cannot survive and thrive without a strong economy. The mention of “solat and zakat” together in most of the verses in the Quran indicates that our obedience to Allah must be supported by a strong economy.

The fact that this Ummah is weak economically causes them to be marginalized and oppressed in many places of the world today. It is even more painful to know some even are pleased to be enslaved by foreign powers because of their greed and selfishness.

Baca Juga  In Solidarity with the Muslims

Fifth, was military preparation. Real threats from foreign powers to eliminate the new community of Madinah made Rasulullah prepare for self defense.

We know from history that when the Muslim community began to be established in Madinah, the powers of Makkah could not rest. They tried all possible ways to destroy the new community under the leadership of the Prophet in Madinah. Allah then permitted Rasulullah and his people to defend themselves.

“Permission was given to those who are attacked (to engage in wars) because they were oppressed” (Quran).

The Prophet then began to prepare his people militarily. The Quran commands them saying: “wa a’idduu lahum mastato’tum mi quwwah” (against them make ready your strength to the utmost of your power).

This is a clear message that this Ummah must be prepared for any undesirable events. We are not allowed to attack anyone first, whatever the reasons may be, yet we are given the right to defend ourselves if we need to.

These are the five among the most important foundations that Rasulullah initiated in order to establish the first Muslim community (Ummah) in Madinah. Certainly there are many other factors for the Ummah to thrive and be strong. Education for instance is a must for any community to develop and progress.

After all those steps, around 8 years after the Hijrah Rasulullah SAW finally was given by Allah his way back to Makkah victoriously. This event is known in the history as “Fath Makkah” or the conquest of Makkah.

A strong certainty that no matter how long and thorny the way is, hope and optimism must always be upheld highly. As the English people say: “at the end of the tunnel, there is a shining light”.

And so, as we are remembering the new year, in the middle of all challenges and painful realities of our Ummah, be strong, continue the walk and keep hope optimism high. In-shaa Allah! 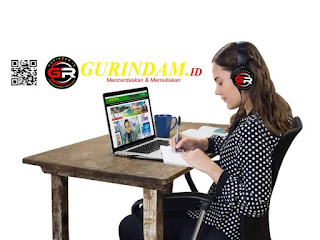 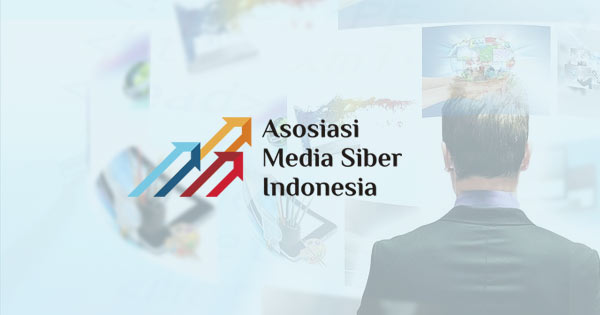 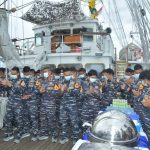 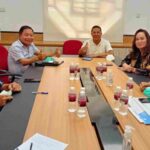 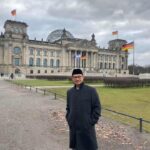 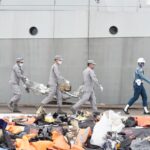 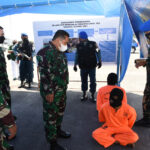 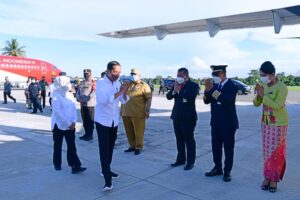 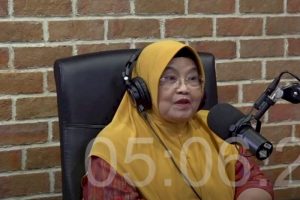 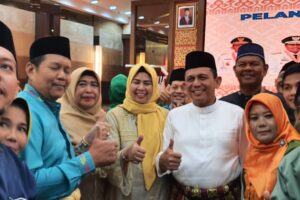 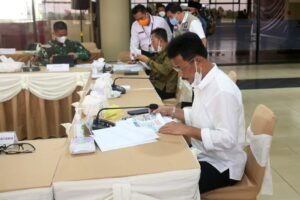 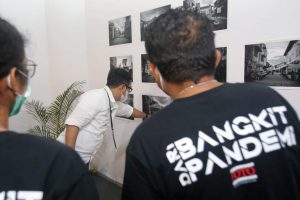 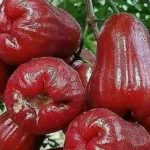 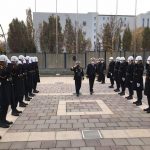 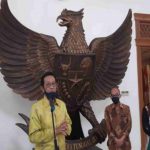 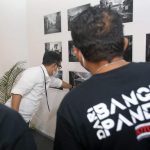 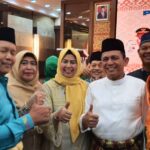